What would happen if we had a kinder, gentler self-employed culture? 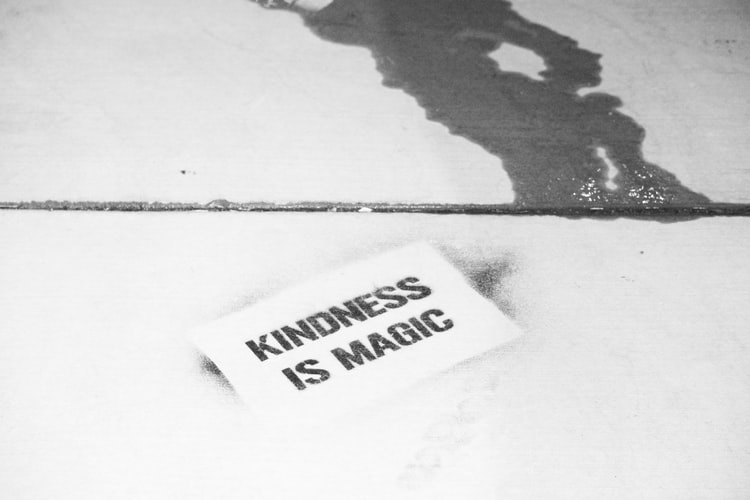 Being self-employed is tough and I am definitely not immune.

For the very longest time, I have been haunted by what I call my existential business crisis. It’s that sensation of wondering “where to from here?” in full beaming colour. And for the longest time, I buried my head in the sand about this sensation. It has many causes. Take the lack of holidays and breaks you get (or give yourself) in self-employment. Or the emotional fatigue felt from always having to back yourself, even when self-doubt or client voices creep in. There’s money chasing, there’s varying degrees of criticism delivered in the name of feedback.

I believe a kinder, gentler approach to being self-employed has to be culturally driven. And I believe the Freelance Jungle is part of that. Here’s why

Freelancers are not included in workplace research 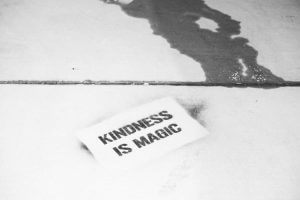 Photo by Robert Baker at Unsplash

It’s a tough gig being self-employed. Call yourself freelancer and it seems the stigma is even stronger.  Well, we don’t necessarily know that for certain because it hasn’t been measured yet.

We can feel it though, can’t we?

Yet, there are some bonuses to being self-employed. According to this study out of the UK, self-employed people tend to be happier. From talking to the many freelancers that spend time in the Freelance Jungle, we also don’t have the misery we see reflected in our past working lives or see in our partners.

We appear to have some freedoms other workers in our lives don’t. Whether that’s freedom to choose your own version of misery remains to be seen.

A lack of reporting on freelance life and self-employment challenges probably aids in the myth-making. I hesitate to say there is less or more bullying and suicidality in self-employment because less research is directed towards the stress levels and mental health of freelancers.

We don’t know how widespread our issues are. We could also be intersecting with it more in the Freelance Jungle because we actively seek to discuss these challenges for the safety and education of our members. That’s part of the reason why we’re conducting the Freelance Jungle survey.

Nationally though, we know Australia has some issues in the workplace that are crossing over into freelance.

17% of Victorian suicides seen as workplace related. If that’s not startling enough, a University of Wollongong study found 1 in 2 Australian workers have experienced workplace bullying, almost 7% of that in the last six months.

These figures are not being tracked for self-employment or freelancers. Yet we know from countless discussions online and in-person with Freelance Jungle members that being bullied by clients, agencies and even peers is a feature of Australian freelance life.

The first kindness perhaps is to recognise we’re here and that we’d like to be researched as well.

It’s time to launch a call to arms to bring all the forces together that research in Australian self-employment to measure it properly.

We definitely need to quantify what we’re up against.

Our values and motivations differ

My first two years of freelancing were blissful because despite having a harder time getting work and getting paid, competitors and the hype weren’t on the radar. It’s a feature of business that the goals mature, and I think too the industry has developed since 2009/2010 when I started.

But there seems to be a push to have extrinsic goals as an aim. It’s about raising your prices, being a brand and seeking world domination via social media.

And I simply don’t buy it.

With approximately 30% of people within the Freelance Jungle being regional, it is also about creating jobs to avoid the commute and/or lack of options. It’s about balancing study, travel and creative pursuits.

Some travel, study or are working on side projects that require freelance life to ensure the time available.

Those that are choosing freelancing to make a name for themselves or earn more are in the minority. While these choices are valid, they come from a thin wedge and yet dominate the self-employment narrative.

It appears the majority of us are choosing self-employment because the traditional structures do not allow for us.

Managing family, disability, illness, regional barriers, mental health or the ailing health of family members is not something we choose for ourselves. Many of us are determined to contribute effectively to the economy and do so by creating our own jobs.

Yet the lack of support and even recognition for this sort of proactive approach to your own future, especially when faced with a system that is ill-fitting to many people, can be quite stark at times.

It seems like the system isn’t designed to cater to this sort of lifestyle and therefore reduces what we do to the lowest on the workplace totem pole. We add to this by investing in wealth, status and marketing-focused mythology.

As someone in marketing, I’m keenly aware of why freelancers are by and large frighted, turned off and suspicious of self-promotion. It’s because the visibility and all-consuming personal focus is insincere and incredibly pervasive.

We neglect our true story for being in freelance by attempting to mirror the presentation and patter of the thin wedge. And by doing so, we create inauthentic versions of ourselves and potentially invest further in shame for not being in freelance for “the right reasons”.

We lack the capacity to be kind enough to accept these stories as our truth.  Yet they are the only way we are going to change the working system, so it becomes more supportive and equitable in future.

We sabotage ourselves with alarming regularity

Self-employed people are seemingly turning our backs on the traditional employment systems. This doesn’t mean people are unemployable, it simply means they don’t want to be in work situations where they feel under-utilised or without control over the working life they have.

Anecdotally, approximately 10% of freelancers I have spoken to online or at networking events have come to self-employment via bullying, toxic workplaces or industries, being fired, sexual harassment, redundancy and/or general job insecurity.

This is probably unsurprising, seeing Australia has an issue with half of Australian workers experiencing bullying, 1 in 3 have experienced sexual harassment in the last five years and our work is becoming increasingly insecure.

Can you blame people for wanting to have greater control over their working lives after experiences like that? Why then do we create issues for ourselves once we write our own job description and bring those issues with us?

The problems follow us. The culture spills into the realm of the self-employed. We invest in working too much. This overwork can and does create problems with stress and scarcity mythology over time.

We’re afraid of implementing client boundaries. We write terns and conditions that protect our business from late payment and abuse only to routinely ignore them when faced with a challenge from the client.

The hyper-competitiveness sees us become painful to be around. There are freelancers goading each other with a “I’ll sleep when I am dead” mentality. It shames decent, applied and intelligent freelancers into working beyond their physical and emotional capacity.

To stand for something too has its challenges. Women of visible profiles routinely experience back-channeling, gossip, reputation damage and an endless tunnel of chatter designed to silence us. Trolling threatens us all.

It is tough enough dealing with client management, issues with chronic late payment, under-payment and devaluation, access to suitable work if you’re outside networks and/or outside the inner city, and hierarchical nonsense directed to freelance. We can also face the challenges of discrimination through gender, race, sexuality, disability, socio-economic difference and education.

Why then do we need to further the misery by not having our own back? Or back-channeling and back-biting?

Before choosing to participate in bullying, gossip and tall poppy syndrome, consider the fact that the majority of these people are visible because they are attempting to make our freelancing easier. That by being visible, they accidentally make things easier for us by normalising freelancing generally.

We don’t have to like someone to help them or be helped by them. Why then are we letting our ego get in the way of building a stronger self-employment scene?

And if someone is doing something that you truly don’t agree with and it gets you that upset you need to discuss their choices, moves and motivations, wouldn’t it be more worthwhile to build something else to add to the existing offerings and help more people?

Add to the tapestry yourself instead of pissing on someone else’s square.

Being self-employed is tough. No need to up the ante

I believe the tide is changing. A softer, gentler, more purpose-driven version of employment is coming. It has to.

We can’t live in gilded towers and plunder the environment and the people like we used to. Greed will kill us if we don’t start putting the planet first. It will also kill us through mental health, burn out, physical ill-health, suicide via continued pressure and instability.

Humans created this long and convoluted structure to feed, shelter and clothe ourselves. It has been co-opted by the chase for dollars and fame. It’s invited scarcity and brought out the worst in people.

But together, we can bring it back to where it was. We can bring it back to good people doing great things to solve problems. To benefit each other and make like easier so we don’t have to create and produce everything we need, we built a system of exchange. It was never designed to dictate the terms of our identity, success and our value.

It’s time to create a gentler, more people and purpose-orientated approach to what it means to be self-employed. Who’s with me?