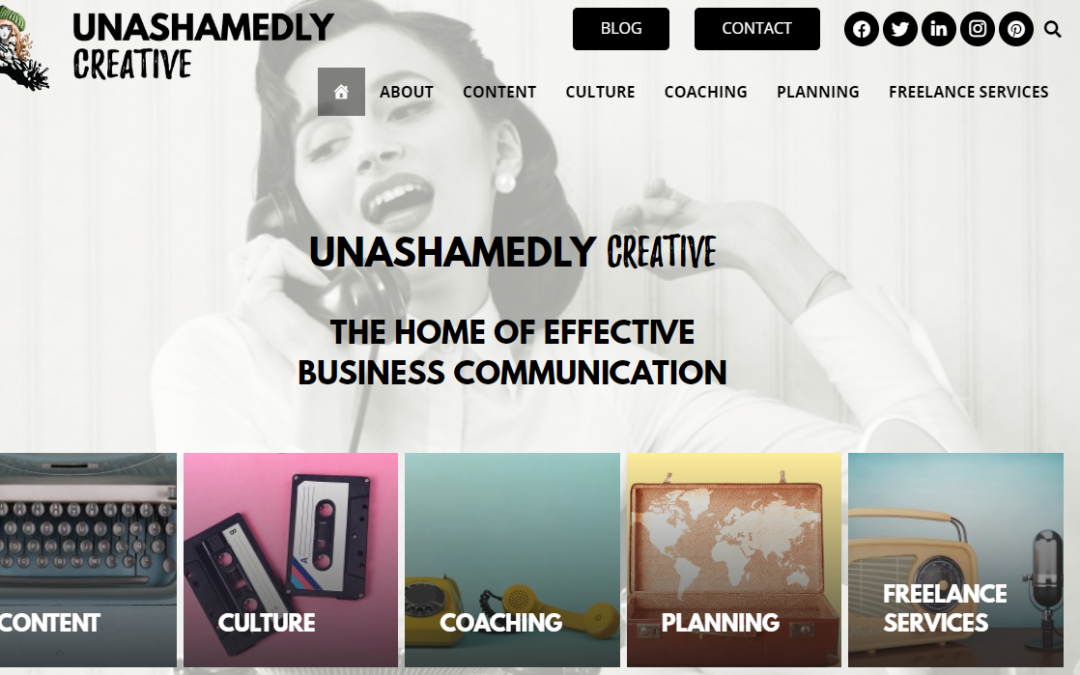 I have over 400+ blogs on my freelance website, so reviewing all of them in a short time span has been…well, unique. It taught me a lot of stuff about my content business and my approach as a freelancer in general.

Theoretically, I have always known that my confidence as a freelancer was at it’s highest when I launched my business. It was before I realised there was such a thing as competitors, before I’d taken a few (too many) client knocks and before I really understood what I was doing.

That’s not to say the work wasn’t good quality. It was. But my marketing for myself could have done with a lot of work.

This is the case for most freelancers. To be honest, I think I was lucky because I launched in 2010 without knowledge of anyone else in real terms until I started looking.

It meant I could fail without having the same amount of pressure as freelancers launching at the moment.

My knowledge grew over time

What I lacked in the ability to self-market became standard. Some of it even became my stock and trade to a certain degree.

I actively sought out opportunities to learn. On Sunday nights, I would be downloading and reading all manner of eBook. I used my website as an experimental place to learn about blogging, SEO and off-site, social media and many of the other skills that later became what I could make money from.

My background was in product development and customer service, not content marketing.

When I was far more open to learning and studying, my business grew along with my knowledge. My freelance website reflected that in the formatting, the usage of phrases. Even the dubious copyright photos and the shoe-horned in SEO phrasing that made me cringe demonstrated that.

It was interesting to see knowledge forming like rings in a tree.

Clients early on in my freelancing career brought me business from their friends and associates. 2010 to 2013 was a unique time to be in business in Australia. Scenes such as crowdfunding and sharing economy were kicking off in earnest. Small business and marketing agencies were radically changing the way they worked because of the GFC and weariness afterwards.

It meant that having strong, prosperous relationships mattered.

That also meant navigating difficult personalities to maintain a level of work within the freelance industry.

It was pluses and minuses all-round. But what became key is the relationships you fostered, whether that was with a client or a freelancer, were going to feed you.

One thing I noticed when reviewing my content is that my confidence took a nose-dive. Mainly because I’d started becoming more aware of other freelancers. Those influences were not always positive.

Looking back, I can see that some of the relationships I chose invited comparison and took me away from things that worked for me.

I got suckered by peer pressure, but you can see the direct influence of those moments where “helpful feedback” was actually criticism that hurt.

The moment someone said, “you should write more like me if you want to get work”, you can see the pain in my work and choice of topics come through. You can see the flat line from being hopeful about educational ideas when the way they were presented were picked to pieces.

Or when things like blogging or networking stopped being on trend and became uncool. I didn’t want to be outside the cool kids, so I canned it too.

It’s no one’s fault but my own. For a rebel, I fell in a heap and became a cowering pile of nothing pretty easily.

Lessons from the time also taught me how to better handle relationships with freelancers moving forward.

You have to own your own vision and not rely on others to prop it up. Bring two visions and amalgamate. But don’t ask “what do you think?” from people because you won’t get anywhere near where you need to be.

And don’t let other people tell you what you are doing is wrong or deliver it backhanders. Or at least, don’t take the knocks from them seriously.

Free work has been a feature of my working life. Since leaving high school, I have been doing community and volunteer work in some degree.

What the issue happens to be within freelancing is that it needs to be strategic and beneficial.

Listening to people that say you have to do things for exposure dollar is not right. But neither is listening to the person saying that you should never, ever do free work.

I used a barter product to get me through times with late paying clients and the GFC. It got me into two entire scenes and a hell of a lot of paid work. I leveraged working with places to offer free workshops to get myself established. My freelance website has entire categories it wouldn’t have because of this free work.

Volunteering in crisis support, assistance dog training and community radio have all been incredibly beneficial. Not only for my business and upskilling, but also with my mental health and stress reduction as well.

The key for me is recognising that the free work needs to have a distinct benefit. I am learning new skills, it backs up a theory I am testing, creatively it works for me and so on.

When a client says “do this flyer for free” none of those benefits are there. Yet when I approach a theatre company and say, “let me fix that for you”, it opens doors. That’s the difference. And it’s something I had forgotten.

Learning is a part of freelance life

I learn by doing, as most of us do. We do it through playing with new tools, software and all manner of other thing. By getting out and doing what we need to do, we bring more skills to the table later.

When we get stuck, for the most part it’s because we’re not well-versed enough in an area or we’ve outgrown the work and need to learn more. This includes how to deal with tricky client situations. Or how to connect the dots on a technical level. It also includes learning good habits that keep us healthier and better connected to the work.

My progress is written out in 400+ blogs. I have living proof for myself that I have done something in the last decade that has influenced me for the better. As much time as I spend being anxious about the future, I have proof of what I have achieved.

Now the challenge has become learning a new way of doing business through teaching, advocacy and crowdfunding. At times, I feel like I suck harder than anyone out there. Updating those blog posts, I felt as though I had always been a dummy, a naïve fraud. But then I realised sometimes, you have to suck to get better. You have to be the person who has the two left feet in the dance studio. And that if you don’t allow yourself to be uncoordinated but always trying, you’ll end up with nothing.

It’s not the money or the clients or the competitors or the allies that matter. It’s you. It’s your arse on the line, day in and day out.

That’s what looking at my freelance website taught me. That and self-reflection may be hard, but it’s also an incredibly freeing experience.