Freelance podcasters and other musical adventures 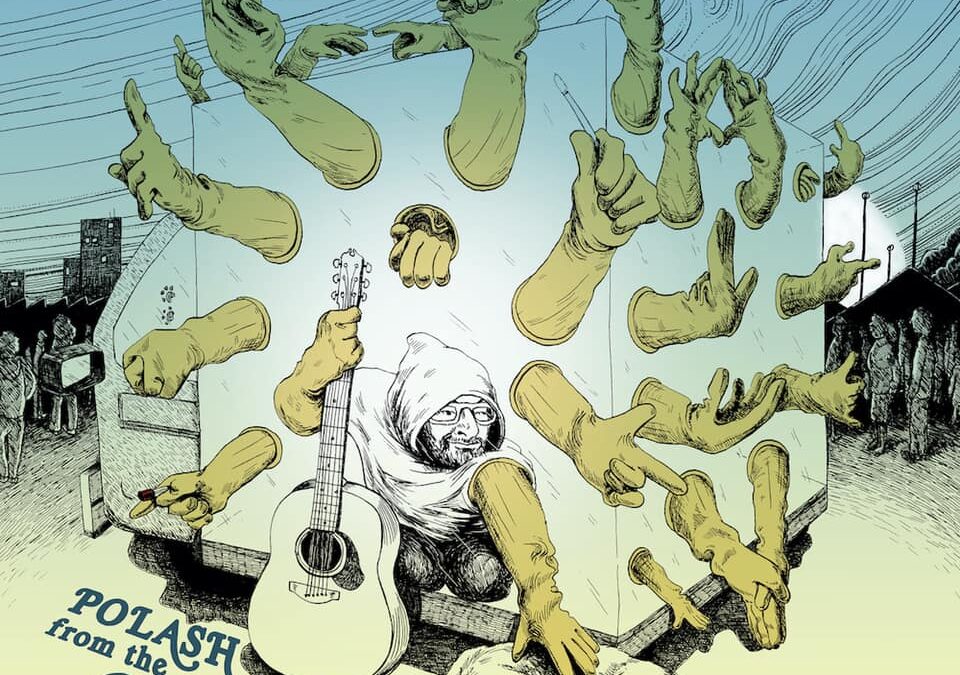 This round of IMT is brought to you by freelance podcasters and other musical adventures. Take your ears on a trip through all kinds of audio creations and associated fun. We’re sharing the I made this #IMT thread journal throughout October and November 2020.

It’s not surprising we’ve seen so many freelance podcasters come out of the woodwork. Isolation via COVID-19 has certainly made it popular. Let’s see what’s hot in the podcast realm, shall we?

I did my first *solo* Shrews Untamed. Despite the rise of body positive movements thin is still well and truly in advertising, media, entertainment, and our social subconscious. I talk Fat Shaming, Thin Privilege, the thin (female) body aesthetic, and who it serves. 🙂 Hope you can give it some listening love.

This week was big for me because I’ve been (with my team) completely re-formatting our podcast, Seriously Social. It’s made for the (non-profit) Academy of the Social Sciences in Australia. Anyway, our first episode in the new narrative format was in the news. It’s about The Dismissal and the Palace Letters and Gough Whitlam’s son, Antony is in it. He doesn’t speak to the media, so I think that’s why there was a fuss.

What a busy week I’ve had! I officially launched my new website, launched a new podcast ep and was shortlisted for the Roar Success Awards for the Wildcat (new biz) category! So, I drank champagne! 🍾🥂My biz is a platform for women over forty to share their hard-won wisdom (WB40 – Women Beyond Forty) and change the narrative about how we view women as they get older. It’s a website, podcast and soon to be released magazine. Written by women for women. I’m really proud. The Podcast is all about women sharing their stories. It’s such a delight to talk to so many kick ass women on the Good Girl Confessional.

I made this! It’s a fabulous podcast focused on the amplification of women’s voices – some of them you may have never heard before.

🎉 The So Crisp podcast is back for Season 3 and it’s more caffeinated, opinionated, and fiercely funny than ever 🎉

This week we talked about how the label “professional” is more than just bunk, it’s also damaging – to creativity, to women, to attracting the right clients (with glorious Accountanese Translator – Cat Paz), how burnout works and what to do if you’re in it or want to avoid it (with Amanda Freeman), and why Femininity Isn’t Feminism (with Martha Barnard-Rae).

In the pod-bank and ready to drop is starting a business with English as a second language, the exploration of unmuting women, why we should scrap “just” from our vocab, and why financial literacy for women and disenfranchised groups is so important. Oh, and some copywriting advice in there to boot.

You can listen to all of Season 1 and 2 plus the new episodes of Season 3 right here.

I was interviewed for a podcast about being vegan. Combining her love of animals, with her passion for writing and music, Mem Davis is committed to raising awareness about compassionate eating through veganism.

A to Z of Wollongong – Rebekah Lambert

My podcast A to Z of Wollongong now has a second episode!

Wrap your ears around the creativity of the Illawarra as we bring you C for Creativity.

Shane LadyMoon from LadyMoon Productions on comedy via Wollongong Comedy and clothes swapping at The Gong’s Great Clothes Swap and live music at the UOW Unibar. We’ve got Gia Frino talking film and female representation at the Illawarra Film Festival. And Indigenous art, surf culture and being your best self with Zach Bennett-Brook from Saltwater Dreamtime.

Go have a listen! (but be nice about it as it’s different to what we normally do as a writer and musician team 😉)

Made possible by Culture Bank Wollongong. Art by Jessica Harkins

Other musical adventures in the Freelance Jungle

It’s not all about freelance podcasters, you know. We have all kinds of freelance musicians, musical curators, album art makers and film clip creators for you to explore.

I thought seen as it is Mental health month, I would share some songs that I wrote. Hope they encourage some people out there that might be struggling at this time. I’m not super good at keeping up with my music, kind of like a self-sabotage but here you go.

The Spotify playlist has the EP Hold On that was made for this cause, and some songs I wrote for my gran who died and other songs. May they inspire you. You have a voice.

My musical mate Polash Larsen (of local Brunswick band The Offtopics) released the first single from his EP this week – I illustrated the cover artwork. I finished this around May, so I’m excited it’s out in the wild!

All fun tunes, many iso-based. I based the image on a COVID-19 testing station in Delhi, so I reimagined the artist as a kind of Hindu dog-loving god with many hands.

Listen to the single Isolation Tonight.

I released this a few weeks ago. A music video about a girl who falls in love with a zombie. Called 1Conversation it’s about the moment a relationship changed when you realize one wants more than the other.

It was a lot of fun. Enjoy!

Want to catch up with more freelance podcasters, music makers and creators? Join us for I made this #IMT Thursday in the Freelance Jungle.