Resisting the temptation to rubbish a freelance idea 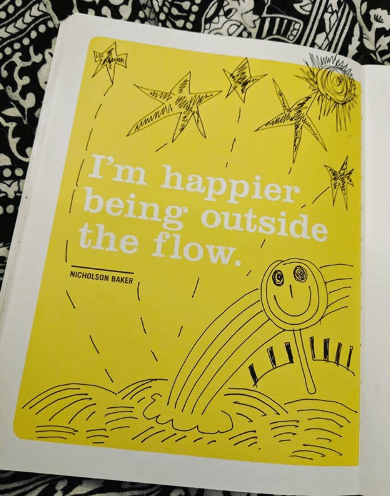 Are you qualified to critique someone else’s freelance idea? It’s not a question a lot of people stop and answer. We humans are wonderful in a lot of regards but when it comes to someone else’s creativity, we can be unfair and even downright brutal.

The problem is with deciding to pull feathers off another person, you often don’t have the whole story. Plus, while it’s popular to offer our two cents on a subject, we have to be mindful what that unsolicited feedback and critique says about us. After all, the mirror goes both way when you decide to offer a strong, unsolicited opinion.

I wrote about this previously from the perspective of others trying to offer unsolicited opinions to shape a creative or freelance idea. Today, the aim is to build a few circuit breakers before offering the critique.

Are you qualified to challenge the concept?

As soon as you have a freelance idea or concept for a business, the five-minute experts come out of the woodwork. In the internet age, anyone who reads the cover jacket seems to feel they may be qualified to review the book. 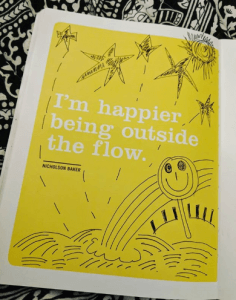 Perhaps this is partly because the internet and social media is teaching us to communicate from a position of certainty. It’s easy to find people who will endorse your claims because you can continue to fish for people that share your values and manipulate the narrative to suit your intentions.

It’s in text, we don’t have to face an in-person challenge, and we tend to depersonalise people and make them far more one dimensional online. This is sadly leaking into how we behave.

Whatever the case, it’s important to recognise to have an opinion doesn’t mean that you have all the answers.

Is the feedback useful or worthwhile?

Good product managers, managers and teachers all know an important part of giving feedback is understanding it needs to be useful. Worthwhile feedback is something a person can activate. If a freelance idea needs clarity and input to improve, you can give it.

Feedback is an area where we often let ourselves down. We come from an emotional perspective. What is emotional feedback?

“You should have done this…”

The hallmarks of feedback that isn’t useful is that it personalises the feedback and sounds closer to criticism or an attack. As you can see from the examples above, it qualifies things based on personal preference, locks into missed opportunities and determines that the execution is futile.

If someone gives you feedback on a freelance idea, what you want is to be inspired. You need actionable information to lift the idea. You want to understand the consequences if you don’t adjust your path. It also reminds you of your strengths so you can continue to apply effort, even after realising you’ve maybe missed the mark.

Feedback comes from a genuine place of caring for a person or idea. Ego makes us dismissive.

Which would you prefer to be known for?

Are you asking a Thai place to sell pizza?

Sometimes, we’re tempted to rubbish a concept or give a critique of a freelance idea because it’s not what we expect.

Coming from a personal perspective, I know this well. The Freelance Jungle has received criticism and anger from outside and sometimes within about the way we handle freelance jobs.

We’re not a freelance job board. We actively discourage people from sharing jobs in the wider group and we have a separate space for jobs for our Patreon members.

You may ask why a freelance community doesn’t want to be a place for freelance jobs.

The reasons are quite simply:

We offer our freelance member directory so freelancers can find each other to collaborate. Again, the focus is not on saying “Mary, Joe wants X”, it’s Mary, meet Joe.” What they do together is up to them.

When people come at your freelance idea and start yelling about what you don’t offer, you have two choices. Either listen or explain. We explain.

If that explanation doesn’t satisfy the person, it really comes under the heading of yelling at the Thai place for not selling pizza.

You don’t get to decide if someone else’s idea is valuable based on how similar it is to everyone else’s. In fact, don’t we want variation, so we don’t end up with ten of the same things and nothing of anything else?

Instead, get to know the idea. Ask them for the rationale. Most of the time, the person you’re challenging has gone through a process of learning by doing. Part of that process is through elimination of ideas that don’t serve the core goals.

You can’t claim you have a deeper understanding of the product or service on offer when you judge it from the perspective of what it’s not. Come at it from what it is.

Do you have a vested interest in the idea’s failure?

Sometimes, we personalise a situation. This leads us to think someone’s ideas are not worth talking about. We can over-personalise someone else’s freelance idea and lose perspective.

Ask yourself these questions:

When we take a position of wanting others to fail, we’re making a choice. That choice is about choosing moral superiority and anger over clear judgement and critical thinking.

We’re also giving someone else power to define our business through distracting us. Plus, does it really matter in the end anyway?

Remember that not all customers are the same. There is room for all kinds of ideas to exist. They don’t have to be the sort of products, ideas and services you personally like to be valuable. There are 16 teams in a football league, several burger shops in a suburb, differing modes of transport, multiple versions of the news and several different ways to define the concept of community.

What’s the point in investing energy in hating another twist in the market?

Are you employing shame?

Feedback is great. Advice is fine. What you can’t give is shame.

In fact, shame acts like a mirror on the person delivering it.

If you want to shame a person and their idea, that doesn’t say much about the person or idea you are shaming. It does however speak volumes about the kind of person you are.

Rickey Gervais has a great quote that reads “people want things to stop instead of taking responsibility for their emotions.”

If someone’s freelance idea makes you so mad you have to shame and demoralise another human being, maybe the problem isn’t the object of your shame. Reflecting on your motivations helps.

Are your prejudices showing?

We all know that we can carry our biases into the workplace and creative industries. Why would the response to a freelance idea be any different?

Check yourself before you wreck yourself. Judging ideas based on preconceptions of gender, race, religion, socio-economic background, age, education level, physical capability, background, network and membership is fraught with danger.

Don’t let your preconceptions about someone else’s capabilities inform your decisions. Get to know them instead.

Does their failure or success impact you personally?

Take a breath and gain perspective. Does it really matter in the scheme of things if a person succeeds or fails? Will your life see a huge impact from the outcome of someone else’s?

In this life, we’re only accountable to ourselves. This grows as we grow older. The choices we make in business and our choice to execute a freelance idea does have a sphere of influence. That sphere of influence is our family first foremost. It is our employees, volunteers, contractors and the people directly involved. It may be those who fund or financially back the idea, such as investors or banks. The influence is most definitely felt by our customers. It trickles into our champions, well-wishers and other advocates.

However, there is a limit to this. Only a fool would design their ideas to appease those who will never be internal or external customers. As Seth Godin says, “a product for everyone is a product for no one.”

By defining, developing, deploying and maintaining a freelance idea as a product or service, we will exclude a section of the market as we seek to cater to the one we have. It’s the nature of good product design to see varying responses from the audiences.

Being steamed up by something that has zero impact on your life simply because it exists, and it doesn’t happen to personally match your needs is hard way to live. Not only that but it’s a waste of energy.

There will be shops you walk past in the street, content you will scroll past on the internet, people you will not greet hello, bars you won’t drink in, gardens you won’t walk in and places you’ll never visit.

That doesn’t mean they don’t have the right to exist for the enjoyment of others.

On the internet, we get a false sense of pervasiveness. If we continue to intersect with an idea we don’t like, it is more likely to enrage us. This is why social media and the internet has unfollow, block and mute features. Using them helps.

It’s all about perspective

When you are greeted with someone else’s freelance idea, maintain perspective. Don’t allow cynicism or moral superiority or fatigue guide you. Take things at face value. And if you decide it’s not the idea for you, that’s fine. There is a plethora of different ideas out there catering to all things from freelance job boards, courses on how to freelance, bootstrapping your business in the first year, freelance coaches, freelance festivals, networking events and more.

The issues in freelancing in Australia are many and varied. There’s plenty of opportunities to help available.

Allow the freelance ideas to grow and flow and enjoy the difference.