Focusing on local freelancers: What’s next? 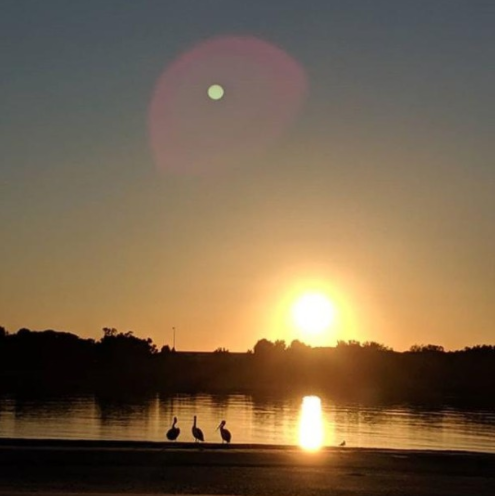 It was a pleasure to be working with my hometown local freelancers to put on something cool. And it tickles me that Get you Gong on has captured the imagination so much that people are asking me when the next one is.

The truth on that front is I have an obligation to another grant project, the A to Z of Wollongong, a project about exploring the Illawarra in audio form. So, until I get that project up and running, Get your Gong on hasn’t got formal plans for a re-run just yet.

After watching what poor Melbourne and Victoria is going through, I am reserving the re-run of Get your Gong on to help the next bunch of businesses in the Wollongong region.

a)      If we face a situation where the Illawarra has to enter stage 4 or 5 style lockdown, I will re-run it as a virtual event to help keep local businesses and freelancers afloat and connected

b)     If that doesn’t come to pass, I would like to try an in-person style Get your Gong on event once we regain confidence with events and have greater control over our future as a celebration of this fact.

I am also considering how to help other cities do their own version. It was after all part of helping people with the bushfires that began this journey.

I’m being open about this because I don’t want people to think it was a flash in the pan. It’s simply more that I want it to remain meaningful in its various forms.

Oh, and I am really fatigued by the thought of online events right now. Having averaged Zoom 4 to 6 times a week throughout July, I am well and truly virtual evented out for the time being.

However, Get your Gong on has spurred on some cracking creative ideas and observations that I am more than happy to share with you.

Why did I do this project anyway?

Get your Gong on was my way of testing a few assumptions. Beyond answering the grant requirements for Wollongong City Council, I had my own hypothesis and outcomes I wanted to test. Here’s what I discovered about the project along the way.

It gives rise to research and education opportunities

Admittedly, I went into this freelance event with my eye firmly on the prize of bringing people together. It was not the only thing on my mind, though.

Much of what we do with businesses goes unrecorded. Whether you’re a small business owner or a freelancer, you don’t tend to chart what does and doesn’t work. Therefore, there is little to no learning from it.

One thing I have loved doing in recent months is interview style learning. I present this kind of stuff for the Patreon of the Freelance Jungle. I also dabble in mini workshops that help freelancers lock down aspects of their business, again in that curated style.

Every interview is a potential class. And this is what I aim to expand on in the coming months.

It gives a tangible demonstration of who people are

When you setup a survey that asks people to share their problems or how they solve a problem under the guise of it being a networking event for local freelancers and local small businesses, something changes.

People tend to get more open to the idea of local talent. They also tend to be less suited up and more authentic.

It also puts people at the front and centre of the Illawarra business scene as equals. Instead of it being a situation where freelancers are hired and it’s a hierarchical situation, you get a meeting of two business owners working to solve the same problem.

That’s exactly how the relationship should work!  Equal, solution-orientated and without posturing.

Businesses don’t have time to write

One of the areas I regretted halfway through was not offering small businesses another way to sign up. I believe in people going through processes. If you make things too easy for them, they tend to take what is on offer for granted. And considering the focus was on supplying initial free help, I didn’t want to make it too easy to sign up.

However, there’s something wrong with making it too difficult, too.

I spoke to several small business owners via email and in person where time and energy got the better of them in the Get your Gong on application stakes. I should have factored in that there’s a bloody pandemic happening and that the very businesses I aimed to help probably had a hard-enough time thinking around corners. They didn’t need a university assignment to complete as well.

Lesson learned! There has to be a couple of pathways for the application process in any future attempts at this problem-centric networking event. Video for example would be a heck of a lot easier for most and give a much-needed boost to the marketing.

I don’t believe that Get your Gong on only works in a pandemic. I think we’ve all had those days and nights where we couldn’t find the time to dress up, drive (or catch the bus) into town and network. Having it at home makes it easier.

It also makes it far more kid friendly. It includes people with disabilities who are often forgotten in the choice of venue re: access to bathroom, venue, and transportation. And it’s not dependent on people’s lives or the weather getting in the way. Which, considering how quickly things change in the world today, is a huge bonus.

The local freelancers were very happy to join in. The small businesses needed a little more convincing. But I suspect that’s because as local freelancers to the Illawarra, we often work with clients in Sydney, Melbourne and all around the country. We’re used to virtual life. Much more so than our small business counterparts. Which is part of the reason why it was needed! I mean, it was the struggle of small business to get online and adapt quickly that made it a necessity and local freelancers so attractive.

There’s a market for this kind of networking

The dream behind the pilot of Get your Gong on is something I tried to organise (but lost steam over) in Sydney in 2014. What I want to do is stop clients making the choices related to freelancers wholly and solely on price.

There’s so much more to the equation.

How we work together, the ways the values align, skill level, problem-solving abilities, imagination, local knowledge, reliability, speed- none of this stuff can be measured accurately by price.

And what most small businesses don’t realise is if they focus on price, they never get a freelancer at their best. They get a freelancer at their most completion orientated. There’s no room for creativity, curiosity or challenging less than useful ideas when someone pays you low rates. You end up with a dollar coffee project instead of the artful latte with the right atmosphere.

Breaking that down for businesses is tough though. Especially when eBidding rules the freelancing roost.

So, my idea is to set up a gallery-style networking event. One where designers, photographers, illustrators, film makers and brand specialists display their work like an art gallery. And then they talk about the work like an artist would. With those tiny little cards beneath wall hung work and a tiny bit of time on the mic.

And the aim is to bring the small businesses and the start-ups and the organisations into that environment. Then, they can really have a memorable networking event because it’s been like a ‘meet the artist’ gallery event. One where personality, creativity and style is on display.

That I hope will continue the good matchmaking work done by the original virtual selection process.

Curious about this for yourself?

It doesn’t have to be only an Illawarra networking event – it can be in Canberra or Port Stephens or Cairns. Or it can be about disability or veganism or feminism or whatever.

The idea is to create the opportunity for small businesses and freelancers to connect with each other based on who they meet, what they experience and whether it feels right. Something that you don’t often get when you’re only focus is price, or your flinging business cards like ninja stars.

Stay tuned for more updates as the project grows.

Don’t forget to head to We are the Gong Facebook page to stay up to sate with that and the A to Z of Wollongong podcast. Or check out the directory for a list of local freelancers near you.