How to stop being negative towards another person’s freelance business 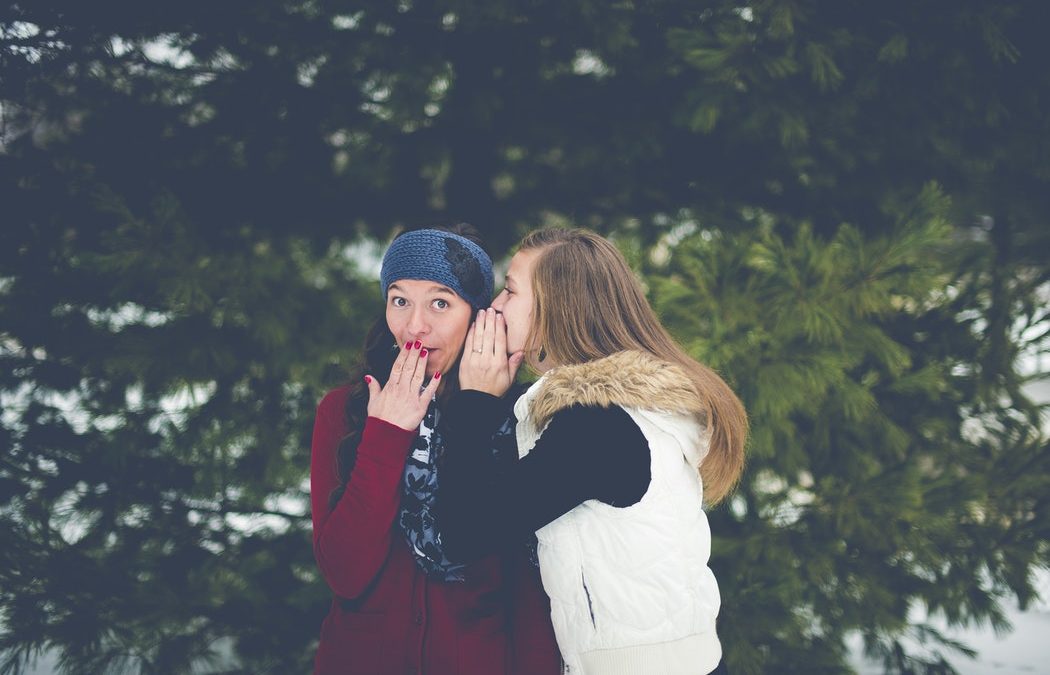 I don’t know why but female-run freelance business ventures often come with a lot of high school drama attached. There’s worries about who is doing what to who. There is this worry that so-and-so will end your business (spoiler alert: they cannot end your business if they have no power over you).

There’s teaming up as if it’s bloody Twilight. Out of that comes the “I don’t know how she gets away with that” or the “have you heard the latest gossip about so and so” stuff happening on the underside.

Come on, guys. What the heck are we doing?

Why do we think demeaning our fellow freelancers will make positive changes in their behaviour? Here’s how to avoid involving your freelance business in the negativity

Photo by Ben White via Unsplash

I’ve never been a fan of the situation whereby someone else has to not only look after how they behave towards others but also how they appear.

If we’re projecting, which is often the case with jealousy, bitterness and frustration, who should be making the change?

Also, maybe there is a lesson in these feelings. If you consider your reactions to people and look for the opportunity for perspective, you have a better chance of understanding it. You may come to terms with the emotions. You may even uncover the role your own self-doubt and concerns play.

Look for the opportunity to see what and how your emotions are created. Then, you might have a better chance of not being overwhelmed by them.

We’re not going to like every female in freelance. The mythology all women face all the same challenges and therefore we all have to like each other all the time is impractical. Not only that but it removes one of the fundamentals of feminism and women’s empowerment: it doesn’t allow for personal choice.

You don’t have to want to be friends with, admire or want to be every other female entrepreneur out there. You can pick and choose who works for you.

Take ownership of intersecting with stuff you don’t like instead of being mean about the person producing it. Find social media you want to read and stop trying to blame the content for not being what you expect when you don’t.

I cannot tell you how many times I have heard from women especially who follow people that frustrate them. They feel angry, upset, they don’t like the content they share, the relevance to their freelance business is no longer- and they want the person sharing the content to change. Or fall into a pit of fiery hell.

Well, guess what? No one is forcing you to stay connected to social media that no longer serves or interests you.

We’ve learned a lot about consumer protest through not backing brands that spend their dollars in places we feel ethically uncomfortable.

Yet, it seems we’re OK with using people to further our profiles, even if we don’t agree with their methods.

It’s called playing the game. And I am not sure I see much logic behind it.

If you are going to take what you want from someone in some kind of political Game of Thrones move to highlight your profile, take the bad too. Using people for how far they can get you and then running to other people for sympathy is pretty foul.

Oh, and it’s a bit strange that we can accept parts of a person and then vehemently reject them behind closed doors. You know, behind the doors where they have no chance to defend themselves?

I don’t believe in good versus evil faerie tale thinking. All humans are various shades of grey. Hitler was a good business man. Doesn’t mean he wasn’t a murderous bastard.

But at what point do we differentiate ourselves from others who allegedly use others and are bad when we are using them right back?

Not sure it’s a convincing story to be able to take advantage of the opportunities someone affords you while being angry in the dark.

And even if you can reconcile this notion, can you please stop bringing it to me and other people to make you feel better about your own moral transgressions?

There’s a curious thing happening with our world at the moment. Female-run business ventures are judged like the gendered jokes of old. You can completely reform yourself, practice kindness, build a new model, grow up and stop being a complete bastard to people. Yet someone will still bring up the moment you lost your cool in 2011 after a moment of pressure.

Someone knew you for a project, therefore they are the alleged spirit guide to your world forever and beyond.

Or there will be the assumption that change is selling out. That adaption to learning, prevailing conditions and reinvention is disingenuous. It cannot possibly be that you’ve grown as a person and applied this knowledge with it.

Who are with without the opportunity for redemption?

If you want a person to get over themselves, get a clue, stop being a bitch or whatever nasty ass commentary you want to throw at them, support the change. Don’t pile cynicism onto it. Changing and learning about yourself on a level that makes you pull your head out of your bum and try to be a better person should be rewarded.

We spend so much time in this life finding very thin reasons to condemn people. It’s pointless. And it means you may miss out on something fundamental.

Including your own ability to change right alongside them.

Change has to come from you first

You cannot demand some other female business woman drop everything she’s ever known about who she is and turn into whatever you want. Or ask her to disappear so you don’t have to look at her. That’s ugly, violent and childish.

The landscape of any freelance business endeavour is tough enough without adding this weird passive aggressive remake of the high school playground to the mix.

If you find yourself unable to look at someone else’s success or ideas or attempts, that’s not really on them. That’s on you.

It’s about changing your perspective on how this operates. That includes ditching the scarcity myth that drives hyper-competitiveness. And also moving away from the gender conditioning that keeps telling you that it’s OK to talk about them behind their back.

Grow some damn ovaries and stop acting like a teenager. You don’t like someone. Big fat deal. What do you want, a parade? If you cannot handle being around people based on your opinion, that’s not someone else’s problem. It’s yours.

Here’s something to remember when your tongue is itching to gossip:

I’ve got more to worry about running my female-run freelance business and the Freelance Jungle than who is the soup d’jour and who is no longer to your taste.

The weird thing about growing these competitors, perceptions, the divas and the devotees is that none of it actually matters. Did you get into freelancing because you wanted intrigue and women-led aggression making you feel awkward at networking events? I know I didn’t.

We don’t have to be Pollyanna Praisebottom with every single woman out there. But we don’t have to be this ghastly bunch of crows waiting on the telephone line to pick someone else’s business and life clean either.

Do it for your family, for your pride, to change the scene or change your client’s business.

Just don’t do it because pandering to the negative aspects of female-run freelance businesses in Australia somehow equates to caring too much about everyone else and not about yourself.