How to say no in business, life and everything 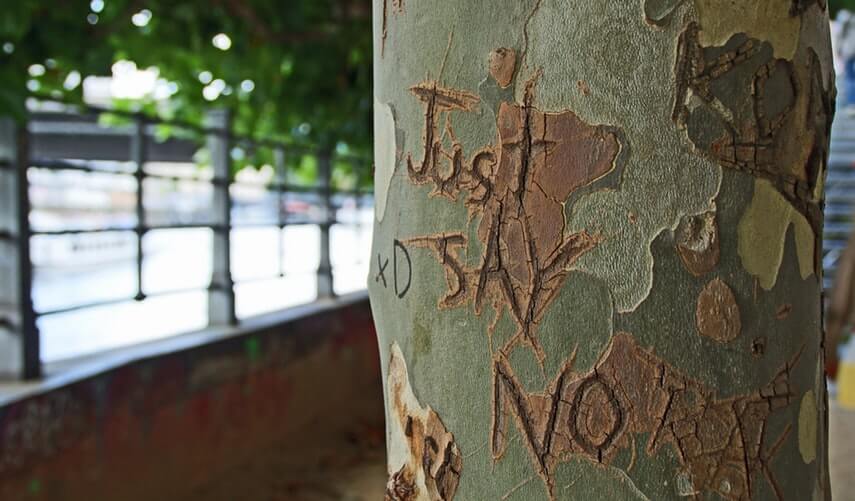 How to say no in the right way at the right time is a hard nut for us to crack. One of the most common complaints I hear from freelancers is saying no is too hard. Saying no makes us feel like we’re letting people down, we’re being negative and that we may be blocking ourselves from opportunity. Women are especially prone to feeling guilty and assuming their no sends secret meaning about who they are as a person. 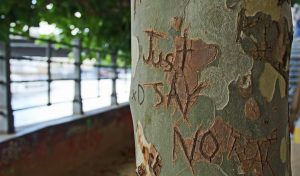 This has to stop. The power of a positive no cannot be understated.

If you say yes to everything, you invite scattered thinking, a low to no focus business and potentially, even burn out.

Saying no takes work and practice. You’ve got to unpack a few problematic notions, learn a few new phrases and make sure you strengthen the muscle within.

Here’s how to say no in business, life and everything. At least some of the time, anyway

Listen to what you say

Reflecting on who we are, how we act and what we say is a big part of making effective change. Learning how to say no is not any different.

Look at how you talk about things. Start journaling your conversations and inner thoughts. Look for the feelings related to no and situations where you say it. You’ll likely notice that you’ll start justifying the case for a yes or no statement in how you think and respond.

Take a moment to move from reflexively answering a question or statement from another person.

The speed it which you respond or react proves nothing, really. It’s the quality of the message that counts.

By thinking through what you about to say, email or write, you start observing the problems and sticky threads holding you back when it comes to saying no.

Be positive in general

Language matters to the way we talk to others and ourselves.

No gets lumped in with a lot negativity and really shouldn’t be. When you say no, you want a clean no. None of this blockage, deference and obligation stuff. Rip the band aid off.

No is an ending but not all endings are negative. In fact, without endings, you can’t make space for new beginnings.

Yet we lean towards negative talk, wiggle room and wishy-washy-ness when we are afraid of no a lot more.

A little linguistic trick for you to try is to tidy your language.

How to say no with power means tidying up the drawers and linguistic closets around it. By getting rid of wiggle room and ambiguity, you regain power.

When you say no, say no

When I coach people, I sometimes set an exercise where a person has to have a “no weekend”. It consists of answering no to every question asked, even if you want to say yes.

It’s not about being difficult. It’s about building confidence with no. It’s a process of de-sensitising to it as well. Seeing the world doesn’t fall apart when no is uttered can be empowering. And it also gets you thinking about what you say as you frame no in the positive.

“No. That’s not the sort of thing I offer my clients…” is much better than “I don’t normally do that but…”

Plus, it teaches us not to take ourselves so seriously while getting you to think about what you say.

Now, I know only 30% of my coaching clients ever do the exercise. But 100% of those that do change their thinking and their relationship with no much quicker than other clients.

Why? Because all the triggering baggage melts away when you exercise the no muscle.

We think saying no means we owe the world an explanation. We don’t.

An old boss taught me that if someone is sick, they say they are sick and get on with their day. If someone is sick, the dog ate their homework and the car won’t start, that’s either a clue to a bigger problem (so have your ears on) or they’re lying and hopes something sticks.

Not entirely sure life is that cut and dry, but it certainly gets people thinking.

If you want to know how to say no well, it comes down to efficiency. State what you want, calmly and cleanly. Wait for it to sink in.

Say the damn word without bringing a caravan of excuses and enjoy the difference.

Oh gosh, that feels like a big statement, doesn’t it? You turned up for tips on how to say no and now you’re taking power away from others.

Well, yes, sometimes, you are. If you attempt to make choices on someone else’s behalf or don’t let them respond to news in a way that is honest, you are. Here you are, trying not to disappoint someone or give them bad news. And I go and say you’re taking their power away!

The fact of the matter is when we decide that someone needs to receive a special cushion, be stage-managed or the story edited, that’s exactly what we’re doing.

People can surprise you in their ability to respond to a given situation.

Most of this will centre around managing other people’s emotions. It’s not up to you to do that. You have to allow people the right to respond to you without manipulating outcomes, managing the truth or pre-empting their reaction.

Give clients, peers, colleagues, friends and whoever else the chance to surprise you. Let them feel what they need to feel.

Learn to hear no

Part of the reason we never learn how to say no is we don’t like hearing it ourselves. The more comfortable you get with rejection and hearing no, the better off you’ll be. Not only because saying it becomes less loaded but also because people that are OK with hearing no are a lot easier to be around.

If you’re used to getting what you want, it can be tough to deal with a no. Similarly, if people haven’t only said no to you but hurt, shamed and brutalised you with it, recovery is difficult and long.

So, how do you learn to take a no with good spirit when you hear it?

Start by removing the personalisation. People rarely say no to you as a person. They generally say no to the idea or situation you are presenting.

We overthink the meaning a lot. It’s the context and the situation they reject, not necessarily the person.

For example, if a client says no to your proposal, it’s the proposal, not you. Or they say no to working with you in favour of someone else, that’s about what the client needs. Not you as a person.

And there’s still potential there. I’ve worked with clients who have said no to me for work who have ended up being great contacts for other things. It’s about matching the relationship.

Remember the balance too.

People are not obliged to like everything we do, even if they like us as a person. And people are actually genuinely trying to do their best in the world, even if a few bad actors have tried to teach us otherwise.

Having more confidence in yourself and more faith in people to make the right choices for them helps to make a no seem less cold, cruel or vicious.

How to say no from here on in

If you want to learn how to say no, practice makes perfect. The more you exercise your boundaries, know what you want out of your business and what you will and won’t stand for, it becomes easier.

Want more tips on how to say no? Get in touch for some coaching now.