Freaked out about the potential Australian economic downturn? Here’s what not to do 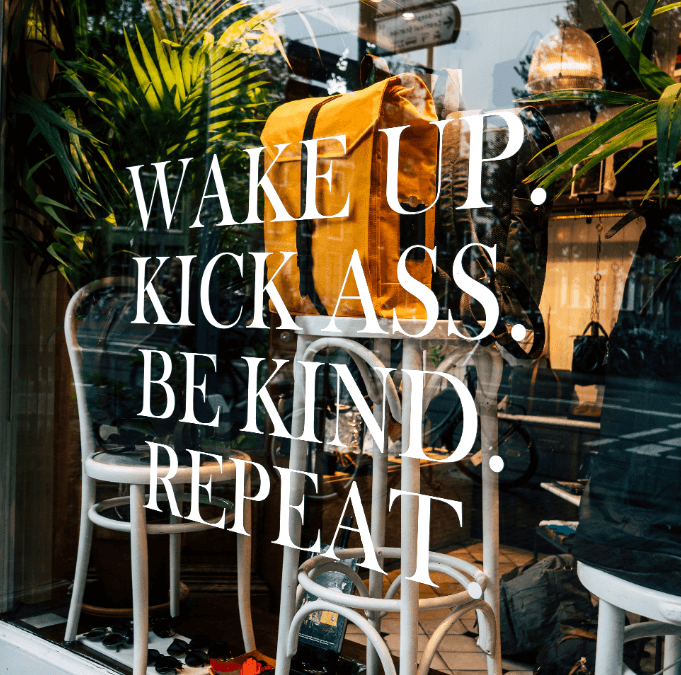 Australian economic downturn and pandemic (or more accurately #COVID19Aus) are trending. That’s not a great feeling for freelancers and self-employed people. Especially on the back of a slower quarter in the last part of 2019 and bushfires most of spring and summer.

Collectively, freelancers, creative practitioners and sole operators are already starting to hurt. We came together as a wonderful wave of community in the last week.

Now, we’re starting to see in-fighting, fatigue and stress leak out. It’s beginning to get a tad bitchy in some quarters.

We have to stop that in its tracks.

Snark is boring. And to be frank, a privilege most of us don’t have at this particular point in time.

“I just wanted you to know” screen captures of ugly comments, sarcastic statuses, grudge statements and more filter through to advocates and organisations all the time.

I can’t speak for everyone involved, but I know from my experience that since my petition to get Australian freelancers access to the stimulus kicked off, that’s trebled.

At times, the volume of people telling me so and so is making a comment has forced me off social media. Which sucks because frankly, I believe in what I am doing and want to keep momentum. But I also have to think of my mental health.

Let me open the velvet curtain for you and let you peek at the production behind:

This is the choice that activists, advocates, influencers, political mouthpieces and public figures have to make all the time.

Do I wade through all the shade thrown at me to keep doing this or do I back down?

Do I stand up today because I care about this or do I stay silent as someone throws another snarky comment, sarcastic gesture or foulness my way?

We’re facing coronavirus, economic downturn and people are reaching out to say “please do something” in record number. And so too, it seems, are the “pfft, look at that <insert teenage eyeroll here>” people.

Let me be very plain about the situation we are currently in. There is no room for armchair critics, five-minute experts or bitches smoking by the bike shed.

Either get up and do something, get behind someone who is, or get the hell out of the way.

Put other people’s actions down 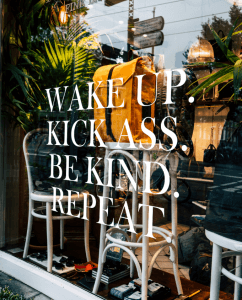 Photo by Chris Curry on Unsplash

Australian freelancers are under-represented on the political stage. We don’t have a combined union or something that makes us unified and distinct.

That means our action will be coming from lots of different directions from an abundance of various forms.

Is it ideal? The ideal situation is to bring everyone together and make it a united front.

But what is less ideal? I’d argue having no one doing anything is far worse. Because we can always come together later. We can always have groups meet (as they have started to do) to share concerns. And we can always make noise from those various directions to ensure we get press coverage, bring the voices together and make something happen.

If what other people are doing makes you uncomfortable, mad, sad, sarcastic or bored, that’s on you. There’s a meme going around at the moment that sums it up best. It’s better to look like you overreacted to this crisis because the shocks didn’t eventuate as planned.

I get it. It’s hip to be cool and calm and look like you have your best lean against the wall, snickering at the other kids as they help carry the water to the well. It’s probably good for your business, especially if you are selling something timely, to say people should get over it and still buy what you are selling.

But if the economy tanks, they won’t be able to buy what you are selling.

Besides, we need innovation and odd ways of thinking right now. We need people to take risks to be able to think of new ways to get us through.

If you spend your time putting other people down and making sassy remarks from the sidelines, you might whittle away the courage of the very organisation, grassroots movement, social justice warrior or advocate that cracks the code.

We already know we’re missing some vital opportunities through limitations of time, distance, technology and medicine. Don’t hamper creative thought, moxy and gumption by pouring sauce on that as well.

I’ve seen a few organisations and individuals really grab the torch and run lately. It’s been great to see them in action and to feel the inspiration.

What isn’t so great to see is attitudes like:

“Finally, they’ve sucked for so long!”

“It’s great she’s doing something, but she yelled at me once and…”

“Oh them? Let’s see how long that lasts.”

“Oh, now they care?! When I reached out about ZYX, they told me they didn’t have capacity…”

Part of this is we’ve been let down or shocked in the past by the people and bodies that fight for it. It’s hard not to hold onto those pains and grudges.

But let’s get some perspective here.

That means we’re always over-stretched and longing to do more with what we have. We also intimately know the issues we face because we’re living them.

It takes a toll on people and sometimes, yes, it comes out in odd ways.

I personally know that running Freelance Jungle has been arguably the steepest learning curve of my activist life. And that I have snapped, barked and bitten at times when maybe I should not have.

But does it change that I care about you or want to see the right thing done by you now on the political stage?

And that’s likely the way the groups and advocates that service you in arts, disability, business and social justice feel as well.

By distancing yourself from personal tastes and bias, you can see the bigger picture.

Forget to include solutions

We may not feel heard right now but that doesn’t mean we’re not being seen. One of the things we always need to remember when advocating for change is that the people within the systems we wish to change are living and working within them. They know the weaknesses, the bald spots and the parts that aren’t getting covered.

What they may not know is the available solution.

It’s like anything in life. Once you have built something, someone can always see the improvements. Why? Because once someone has built the prototype, the thinking is easier to improve on. When someone is sitting in front of a stack of parts with a dream, it’s a slightly different story.

Anyone can identify a problem. The solution is the hard part.

Imagine activism as though it is building a house.

It gets tiring hearing from everyone who looks at something once and says, “you missed a spot”.

What is far more intelligent and worthwhile is someone saying, “I’m a painter and I brought my paintbrush to help bring that wall to life” or “I noticed there’s a drainage solution. I sketched a few plans- what do you think?”

In short, come armed with a solution or willing to ask questions. It’s far more productive that way.

And don’t forget to help. Asking an activist or an active body to do stuff for you can become draining once the requests start flying. We know there is always more to do. We’re crushed by the sensation that we simply cannot fix as much as we would like. We’re often making hard decisions.

But balance that with your willingness to help. Don’t ask me to come to Canberra so you can meet people for a cup of coffee, offer to bring Canberrans together with my support. That’s the subtle difference.

It’s been put out online a few times now but let me say something super short and sweet about this- stop saying, “oh well” and then refer to old people and people with disabilities dying.

The elderly community has the collective wisdom we need to get through things, seeing they saw war, depression and potentially famine and other deep impacts.

People with disabilities have been digging at and innovating within the margins of a society built from a position of health since we became disabled. Whether that’s from birth or acquiring it at some stage in our life, we know how to navigate the system.

Instead of wishing we’d die off instead of you, please understand we’re your potential seed-bank of knowledge instead and start listening!

It is tough as guts out there at the moment. Our social media is full of coronavirus news, talk of economic downturn, stories about hoarding, people making ableist and ageist comments, conspiracy theories and snark.

Heck, it’s so much that many of us (me included) have had to change how we consume news, limit social media exposure and more.

However, the bleak news won’t keep coming. What we need are solutions in the mix, levity and optimism.

There has to be a balance between saying what needs to be said and getting people to a place where they need to be. People are generally not inspired when they are depressed, scared and in denial.

Opportunities in this crisis have to become part of the dialogue. We also need to recognise that people have faced recessions, depressions and the GFC. They’ve also lived through world wars and many a form of crisis.

We need to remind ourselves that yes, it hurts right now. No, the system certainly isn’t designed to cope with what is coming down on us. But yes, we can find a new normal. If we’re open-minded, creative and community-centric, we can come together and make a change.

The alternative to being able to turn this around is nihilism. And it, like sarcasm and snark, is a luxury we cannot afford.

There needs to be a balance and an understanding that we will get through this if we start coming together to innovate, look after each other and get over old problems.

Instead, let’s use the Australian economic downturn as a rallying cry

Pandemics and the associated economic downturn are major issues. They need respect. Creative thinking and community have to come together. And they have to be a time where we suck up the bottom lip, put silliness aside, roll up sleeves and help each other.

How about it? Find ways you can support other creatives, freelancers and sole traders now at this blog.

And let’s get through the Australian economic downturn together as a united, proactive community!