What every Australian freelancer could learn from detective Cliff Hardy 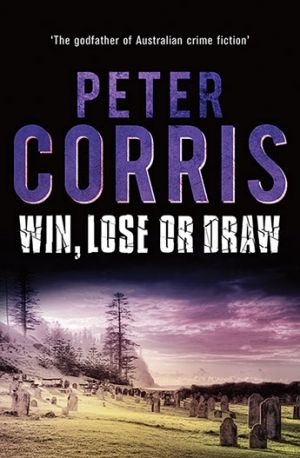 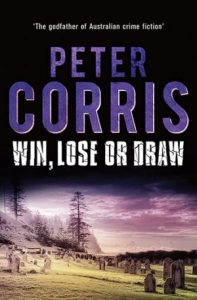 I’ve been reading Peter Corris’ Cliff Hardy detective novels since I conned my Dad into writing me a letter to say I could read in the adult fiction section. He is a way of charting the changes in Sydney, especially Glebe. He’s also incredibly Australian and the character of some 30 books.

Now, as I re-read the dog eared copies of his adventures, I’ve also realised Cliff Hardy is the poster boy for all Australians that are self employed.

As rough as guts, this former army man turned boxer with the occasional drinking problem may sound like an unlikely business mentor, there is a reason to listen to him.

Here’s what every Australian freelancer could learn from hardnosed, knockabout detective Cliff Hardy.

Don’t hit the ejector seat on this article quite yet. Cliff Hardy makes up for it in other ways. He’s definitely empathetic and he’s always looking for mitigating circumstances. He (usually) delivers what clients want.

But he’s also no fool. And that may be his biggest super power.

Cliff Hardy has a reputation for being difficult but damn good at what he does. He’s also reliable. He gets the job done come hell or high water. And if a case looks like a loser, he has no compunction about sharing that he thinks it might be before the contract is signed.

Like any decent business person, Cliff Hardy has to say more than “yes sir” to get the job done.

See, we’ve been groomed as business people to think that the customer is always right. But the truth is that’s not the truth.

Sometimes, you have to break a few hearts (and heads) before you can truly solve the problem. If the occasion calls for it, you have to challenge a client’s behaviour to get paid or to stop them from making unscripted demands. And there are times where you have to draw things out of them to get what you need to do the job.

To be able to give your client what they need and what will ultimately alleviate their pain, sometimes you have to give them a spoonful of medicine.

And that’s what Cliff Hardy can be counted on to deliver.

Not only does Cliff Hardy tell you his day rate with every passing story, he also lets you know about the cost of his retainer and that he needs expenses.

His prices begin adorably low ($125 a day? Jeez Cliff, I know it was the 80s but c’mon dude!). They don’t exactly hit the highline.

However, Cliff Hardy always tells you what money to expect to pay, how much his retainer is, how long he thinks the job may take and what the result may be. He is also not shy about charging everything from his parking to the six pack he put in the car to help him stake out a joint costs.

Transparency with payment and getting retainers and deposits upfront are a must. Like Cliff Hardy, you are sharing risk with your freelance clients. They need to know that the risk is shared. They also need to pay for extra bells and whistles, expenses and extra days on the job.

You have to get comfortable with saying to your clients that the work may be expensive, drawn out and include additional costs.

If they want their problem solved, there is no “I’ll pay you when I get paid” or “I’ll pay you in future fame and glory.” Your working bum is on the line.

They need to pony up the cash or get out of your office…I mean inbox.

Even when he’s invested, he knows when to pull back

Cliff Hardy faces femme fatales, stories that melt his heart and rails against an unjust world all the time. He teams up with other detectives, helps out his mates in the police force, and has saved more than a few family members and old army buddies out of scrapes and bumps.

What Cliff Hardy doesn’t do is take on every crusade as a personal mission.

As an Australian freelancer, you shouldn’t either.

We will get clients that sound exciting and mean a lot to us. We’ll be invited to work on all manner of world saving venture.

But we still need to maintain perspective because this is when we are our best. Stepping back from a project to see it for what it is and what it needs is more important than being blinded by the light.

It also means you won’t get suckered by requests for free work, discounts, additional time and all the rest of the hoo-ha that comes along when someone senses you’ve got a crush on their business baby.

Cliff Hardy rarely does a freebie for this very reason. It helps keep the personal and the professional separated.

He’s not afraid to admit a mistake

Just because someone is paying you to get the job done doesn’t mean they expect you to be a perfect robot. If you worry too much about impressing the client, you will not see that twist coming. You may miss a vital clue. Heck, you might even get done over by the occasional rabbit punch.

The measure of Cliff Hardy is that he’ll pick up the phone and admit he got suckered. He’ll admit that he lost a lead or something has gone south. He’s not afraid of a difficult conversation.

Nor should you be.

Freelancers make mistakes. It’s because we’re these things called humans. So ensuring your humanity by recognising and owning this limitation is paramount.

It is a completely irrational belief to think you will always save every client and every job will be happy.  You are not solving all the problems for the business world.

You are an Australian freelancer, not bloody superman.

Be you. A you that have the ovaries (or the balls) to admit you’ve made a mistake is all that anyone can really ask for.

As a detective, the thing Cliff Hardy hates the most is having his mug plastered on the front page of the paper. Yes, people know him by reputation and they come to him by his website in the later stages. He teaches private enquiry at TAFE occasionally. But there is a limit to what Cliff Hardy will do as a detective to promote himself.

Uh duh- he’s a detective! Working quietly away at his craft is where the jobs are at. He doesn’t want to sell a DIY plan on how to investigate. Or Hardy’s 6 point plan on how not to be murdered, shot at or busted by the cops.

His aim is to crack the case and move on.

In freelancing, especially in the American and Australian freelancing scenes, it’s become a situation where freelancers are promoting themselves as the be all and end all to self employment. It’s cute and it’s quaint. But here’s the truth- nobody outside the freelance scene knows who we are.

But beyond that, what does that level of celebrity do?

If you got into this to do some great work and occasionally surf after a nice lunch with a nice woman and a cheeky glass of wine, stick to that. I know Cliff Hardy does.

Cliff Hardy does it for the right reasons

The thing I most respect about Cliff Hardy is he does it for the right reasons. I love it when I see it in freelancers, too.

Right reasons are personal. It might be to study, meet family obligations, manage health and/or mental health, travel the world, stretch skill-wise, solve a problem, avoid office politics, and make the work you want or a combination of these things and more.

Doing anything for the real reasons that matter to you is so much more empowering than worrying about what others think or buckets of money.

So ask yourself- what is your right reason? Why does freelancing matter to you? And bring that reason to the oasis for many an Australian freelancer, the Freelance Jungle.

You can share your thoughts and find some inner Cliff Hardy on June 7th at a special Vivid Ideas event, ‘the future of work is freelance’ too.