We need to talk seriously about freelancing in Australia 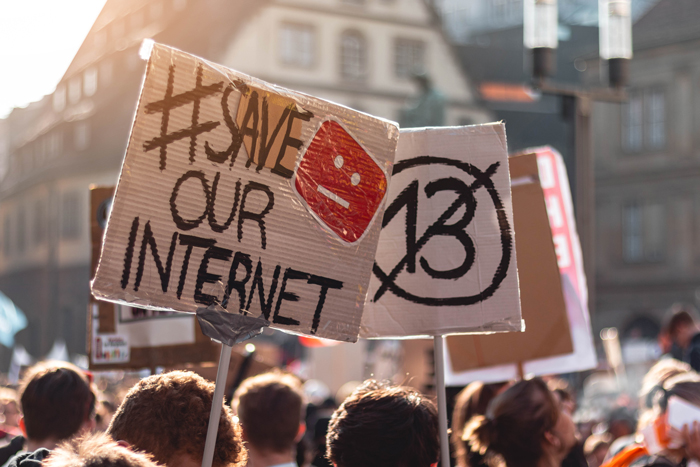 Freelancing in Australia is becoming more and more popular. And yet, I get the deep sense that we’re being left behind by quite a lot of countries. We need to have a proactive approach to supporting freelancers in this country. Thinking outside the box has to be the mainstay of what we focus on.

There are identified challenges I hear from people freelancing in Australia every week. It’s time that we as a community came together to push for these challenges to faced and where possible, eradicated.

Freelancing is distinct from small business 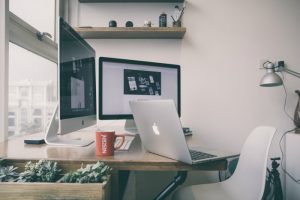 Australia has a hard time seeing freelancing as distinct from small business. Yet here you are dealing with two distinct beasts. Yes, of course there is cross over. But there is cross over between a motorbike and a car. That doesn’t mean you can always service the needs of a bike with the techniques you employ with a car.

Take a look at the government benefits currently available to the self employed and you’ll soon realise we’re being lumped in with the small business crowd.

For starters, there’s the $20K spend on office items, equipment and vehicles carried over in the latest budget. It’s a fantastic idea because it gives cafes the ability to replace their stove or to introduce delivery with a new car.

Yet as Cristina Romeo recently pointed out in a recent presentation about freelance finances, a freelancer doesn’t have $20K waiting to be spent. We’re talking about a much leaner operation. We can buy a new laptop or an iPad or a printer. But credit restrictions means taking advantage of the full $20K is highly unlikely.

Then you have funding and grants available if your turnover is $2million. Where are the grants for the median range freelancer that measures their wage in tens of thousands instead of millions?

I’ve also had uncomfortable moments talking about the needs of freelancers being distinct in terms of challenges faced and their impact on mental health. In fact, one of our biggest challenges is small business operators that don’t pay us on time. Or that attempt to underpay us as a matter of course. Don’t get me started on startups that offer to pay us in equity.

It’s almost as though the government, small business and startup think we’ve got that $20K to spend, see us through when cash is tight or work until the next Facebook emerges from the ashes.

Our challenges are different and could be eased by better tailoring of grants, tax breaks and the approach to how we are viewed.

The impact of infrastructure cannot be understated

Like a tired record, we’re going to play the need for high speed internet song. While we’ve got politicians making outdated and ridiculously insulting comments about internet in terms of movie buffering, cities and countries with foresight are attracting freelancers to them using high speed internet.

Bucharest in Romania, Barcelona in Spain, Miami in the USA and Poland have all made high speed internet a priority. They also use it as a marketing tool.

Barcelona is praised for having a low cost of living, high speed internet in bars and cafes and massive amounts of coworking joints to choose from. Where the internet speeds up, the benefits surely follow.

Miami has a burgeoning culture driven by coffices, coffee shops that are making more money during the day everyday through providing great working spaces for freelancers.

Bucharest has reinvented itself as a creative city through high speed internet that brought coworking joints with it.

Poland has similarly backed freelancing by offering high speed internet and specialised visas that are specifically designed to be low on the red tape and allow for longer stays.

Meanwhile, freelancing in Australia means dealing with shaped plans on the NBN even though this is essentially impossible considering how NBN works in other countries.  Not only that, but the quality of the technology used, the out of date and often over-burdened exchanges, the mish-mash between fibre to the node versus other setups means internet consumers are rarely seeing a change in their internet speed from ADSL2 or even broadband.

This is utterly ridiculous when you consider how many people freelancing in Australia are using large files as their mainstay. All kinds of visual and sound designers, film related occupations, software developers, game and application builders, drafters, illustrators, anyone dealing in 3d technology and beyond have difficultly every day with shipping final product to clients.

Heck, even if you offer virtual training, record podcasts or want to have a Skype meeting you can have problems in Australia.

This is incredibly stupid and short-sighted. We need proper internet to be able to conduct business and I challenge any politician out there to prove otherwise.

Promoting programs that allow for greater access to funds and equity are important. During cursory research, it became apparent that multiple cities and countries are treating their freelancers with far more respect.

Freelancing in Australia appears to attract stigma and part of that stigma I believe is due to entrenched issues with how it is dealt with on a practical level.

Consider the following ideas in support of freelancing for a moment:

The Romanian government encourages freelancing and entrepreneurship by lowering the tax rate for freelancers, making the tax free threshold a whopping $65K and making the banking process as streamlined as possible.

Estonia allows you to work as a self employed person based on a business plan. If you submit to their self employment program successfully, you have a tax free threshold of $16K EURO and a flat tax rate of 20% thereafter. This means they qualify that you have a plan and help you by lowering the tax burden while you get established.

Cyprus allows you to earn $20K EURO tax free and has a strong digital culture as a result for both freelancers and entrepreneurship.

The Czech Republic help their citizens by making access to social security payments for self employed people easier during times of distress and offer attractive tax rate of a flat 15% plus a potential to claim up to 60% of what you earn. Late paying clients or dry spells have a far smaller impact on Czech freelancers than they do in Australia.

Montenegro has a personal tax rate of 9% and actively reduced red tape so that the company is attractive to freelancers. The internet however is one of the slowest in Europe.

Alberta Canada wanted to encourage entrepreneurship and new job creation through freelancing and business. So they offer micro loans for freelancers as well as other funding for entrepreneurs with disabilities and for women in business. Regional viability is made possible through funding from the government and it’s also reflected in unionism, practical networking and self support as a result.

Canada also takes a proactive approach with mentoring and sharing of information via bodies such as Futurpreneur, which is geared towards supporting people 18 to 39 kick-start their self employment journey.

Australia has made a step in the right direction by researching the impacts of late payment on business. Yet this is not enough to fix the issue and again, freelancing in Australia is lumped in under a broader heading of small business. Part of our late payment issues is doing business with small business. This needs proper recognition.

Plus, we know that late payment is an issue but tax rates, tax debt, the cost of relocation and lack of support during tough times all create the perfect storm for a freelancer. More should be and can be done on a government level to ensure these impacts are minimised.

The issue too is that we simply don’t know where to go for the things that could assist us. Grants and supports of all kinds are going begging. Freelancers in Australia are often missing these messages by not knowing where to look.

While it’s by no means extensive, this is part of the reason why when designing the Future of work is freelance, I made sure to include Monica Davidson from Creative Plus Business on the panel.

Monica sniffs out money, support and programs for freelancers and the self employed on a daily basis. What we need is more Monicas and more Monica getting out there.

Other places to discover assistance are starting to appear on the radar such as Social Change Central that puts together all kinds of useful competitions, funding from private and public sources, government supports and more for socially conscious projects and enterprises.

Maybe the magic would be having a centralised portal for Australian freelancers so we could find what we needed in a timely fashion.

We’ve got to help ourselves too

Freelancing in Australia has taught me that we’re a lot more cynical and sceptical of sales than we ought to be. You don’t have to do the hard sell in order to build a business. In fact, the customers you target probably appreciate it better if you don’t.

But we still need to be brave about how we sell ourselves and get the word out there.

We also get in our own way when it comes to issues such as late payment. I’ve recently noticed I have compassion fatigue surrounding the excuses as to why freelancers choose not to chase late payments and undertake basic financial hygiene initiatives such as charging deposits.

This is one of the things that attracted me to Freelance Australia and Cameron Rambert. Here is an organisation that is not for profit and geared towards supporting the culture of freelancing in Australia. Yet Cameron is completely unapologetic about asking for money, advocating for change and facing the tough sales pitch to make things happen.

With the Freelance Jungle, we build community. With Freelance Australia, we build advocacy. That’s why I am pleased to announce that Cameron and I are putting our respective heads together for a select bunch of projects with the view of fixing a wider range of freelance issues.

There will be more about that later.

As a group, we’re quite powerful. We have a voice and direction. People care about how we vote, spend our money and conduct ourselves.

Why can’t we use our collective powers to gain the support we need?

If you want to meet Cameron, Monica and myself while also having your voice heard on what we can do to change freelancing in Australia for the better, join us for the Vivid Ideas presentation ‘Future of work is freelance’.