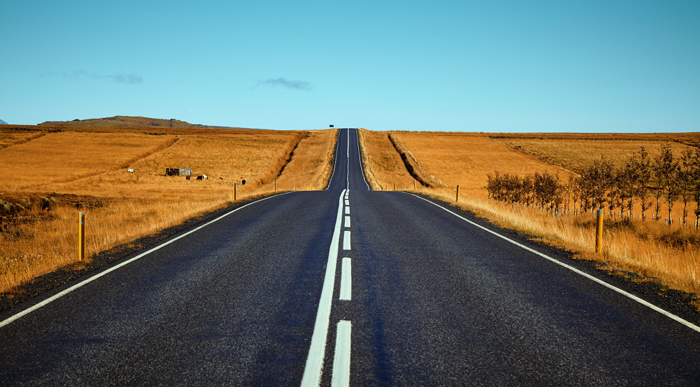 Freelance community is a concept a lot of people talk about but very few grasp. Someone asked me the other day how the Freelance Jungle started and what the deal was. On reflection, I think what it demonstrates more than anything is that no freelancer is an island.

To be able to do what have I done, I’ve needed help every step of the way. That to me is what having a freelance community is about. Helping others so you can help.

It’s also why I get particularly annoyed at claims that I’m nicking someone else’s idea or am on their patch. I started investigating the concept of the Australian freelance community during the GFC in 2010. It was a gawd-awful time to be doing much.

But I did so with the support of people like the collaborative consumption scene, the crowdfunding scene, the Renew scene, transition towns movement, startups and trail blazers in freelance like the Loop and Flying Solo.

You’d wonder what the benefit would be with having out with the barter and sharing scene would be unless you’d experienced it. At the time, 30% of marketing graduates were unemployed.

I myself had taken a “hardship pay cut” of 19% the year prior to retain my agency job before I decided to leave. The agency world and public service were in a hiring freeze, redundancies were common and it was only one year off the first wave of Fairfax, ABC and Murdoch refugees beginning to flood the employment lines. America and what was happening there looked downright terrifying.

We all worked together because we sensed the times were changing and that people were really fucking scared about the future. We decided that maybe, we could build our own surety in an unsure world by using community and sharing as a way of looking after each other.

It’s why famously my first clients often paid me via barter in olive oil, garden furniture, bar tabs and access to their services. Because we needed to see it work.

As time went on, things eased. Where there was concern and worry, there was movement in terms of economic growth. Things began to return to a level of stability and start to move forward again. By then, I was deeply invested in ensuring the viability of the Australian freelance community.

This was for two reasons:

1) The selfish one being having been through a redundancy that had broken my heart in 2005 followed by picking myself up to face massive amounts of job insecurity and a 19% company mandated wage cut in 2009, I didn’t want to be at the mercy of someone else’s budget projections anymore.

2) The relatively unselfish one was I realised that there was too much stress, self doubt and concern coming from that isolation. I finally understood that simply being able to have a cup of coffee or a beer or an online chat with someone could really help. Help to the point of empower them to grab onto their business. To stop clients taking the piss or even abusing freelancers. To improve the quality of advice and remind people that stress has a productivity cost.

I’ve been here a while and I’ve been in it for the long haul. As this crazy timeline of my commitment to the Australian freelance community will show.

2010– Founder Rebekah Lambert starts wondering if the challenges she faces in freelancing are universally felt in the Australian freelance community. Cannot find research to answer her questions (actual words from ABS researcher were “we collect the data, but we don’t do anything with it”). Decides to conduct her own.

2011– Research identifies isolation is the biggest impediment to freelance success with key markers such as self doubt, fatigue, too much responsibility, cash-flow management and overwork also identified. Rebekah decides to tackle one area first, that sense of isolation. She starts with what she knows best- going to the pub for a beer and a chat.

2012– After several trials via event platforms and self promotion, The Freelance Jungle Sydney finds a permanent home at Meetup. Meanwhile, Rebekah meets with other key freelance bodies and creative people at the time to see where the networks of support are (Pip, the original founder of the Loop, Peter from Flying Solo, the guys from Pozible etc).

2013– Brook McCarthy and Rebekah Lambert launch Hacking Happiness. The idea is to remind people stress has a productivity cost, especially those in self employment and professional services.

2014– The Freelance Jungle finds an online home via GooglePlus communities and begins to reach out to Australian freelancers nationally. Emily Read (and Shauna Maguire) kindly donates their time to begin the Brisbane Freelance Jungle. Later that same year, Rebekah moves to Wollongong and begins servicing both Sydney and Wollongong with face to face events.

2015– The online Freelance Jungle group is moved from GooglePlus to Facebook (let’s face it, G+ was in a death rattle at the time so it seemed like a wise move). Membership swells from 135 to 700 in 6 weeks. Meanwhile, Rebekah begins working with Beyond Blue and the Council of Small Businesses Australia as part of a yearlong task group to better enable and support proper communication to the self employed and freelance community regarding stress reduction and mental health.

2016– Bridging the knowledge gap in the Australian freelance community begins in earnest. Virtual education classes are introduced to the Freelance Jungle mix. Brook McCarthy stands up to help support Sydney Freelance Jungle so Rebekah can focus on online and Wollongong events. Continues outreach with cool cats like Monica from Creative Plus Business and Antonia and Cameron from Freelance Australia. Erica Stacey holds the first Freelance Jungle Meetup in Adelaide. Carla Beth and Lou hold the first Canberra and districts Xmas Meetup.

2017– the Freelance Jungle gets its own dedicated website. Is also accepted into the Vivid Ideas program with ‘the future of work is freelance’. Other stuff coming soon that hopefully you are excited by.

Want to know more about the Freelance Jungle’s commitment to the Australian freelance community? Get in touch now.